​​​​​​
3.12.x → 4.x Migration tool is available to all Hazelcast Enterprise customers. To get the tool or learn further details, please reach out to Hazelcast Support. 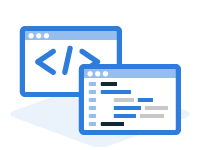 Note: This version of the .NET Client is a complete rewrite of the client, to fully embrace the .NET ecosystem and propose a modern, idiomatic, fully asynchronous API; hence it is a complete breaking change.